Get Your Free Copy of Plant Based Foody Guide 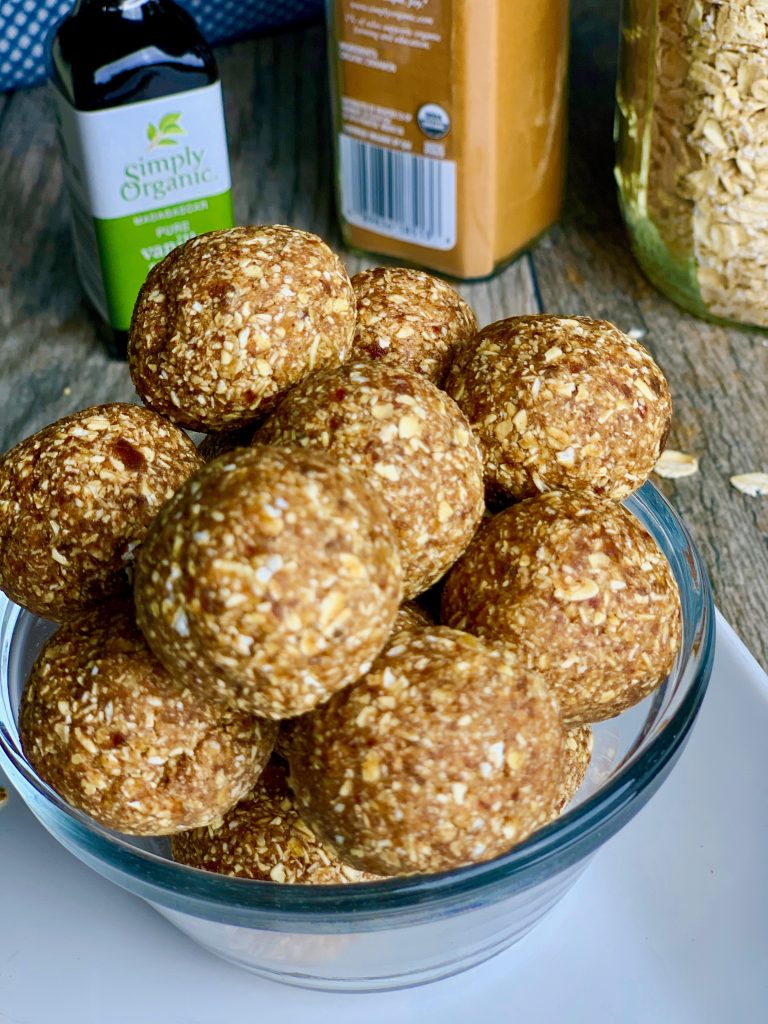 Vegan Cinnamon Balls are the perfect treat for something sweet. This no bake dessert is made with simple ingredients easily found in your kitchen. The balls are made with a combination cinnamon, dates and vanilla.

Cinnamon is a healthy and delicious spice to add to your diet. It can help with inflammation because it is anti-inflammatory, and can help with insulin resistance and lower blood sugar.

Old fashioned oats make a great binder for the balls but are also a great source of nutrition in this little dessert. Oats are fiber rich and help you feel fuller faster. Also adding oats to your diet can help with weight loss and lowering cholesterol. 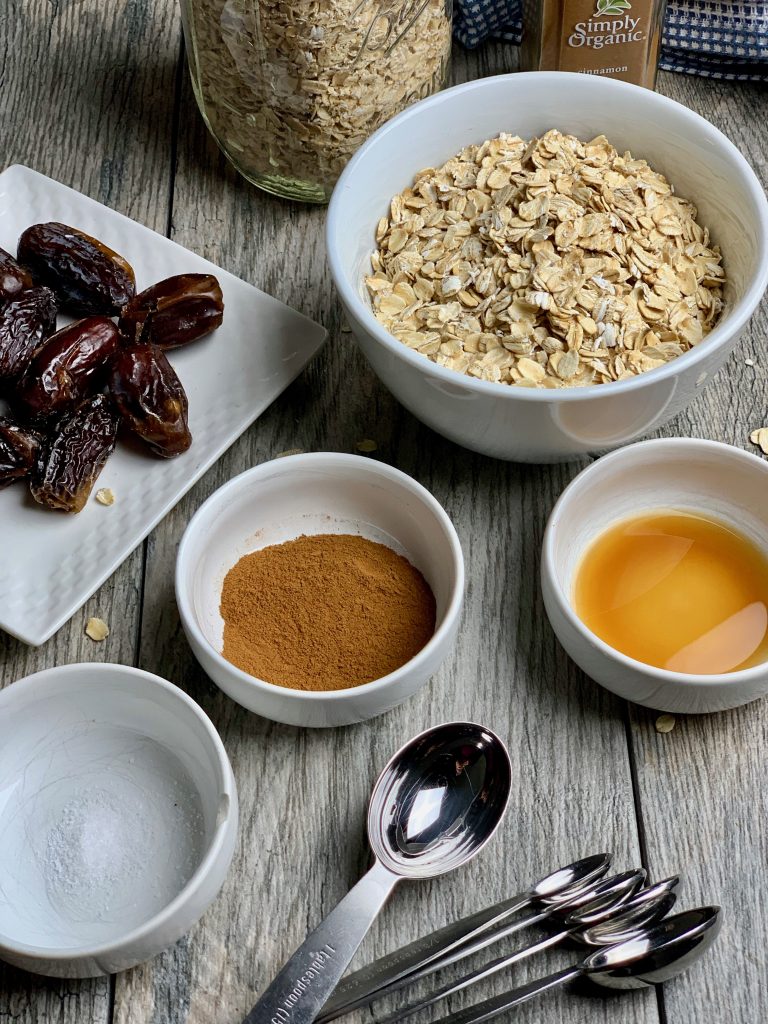 How to make Vegan Cinnamon Balls (pretty simple and no bake)

Get the dates ready! You want to used softened dates. To soften the dates, add to bowl and submerge in water for about 10 minutes. Strain the dates and discard the water. Remember to remove the pits! 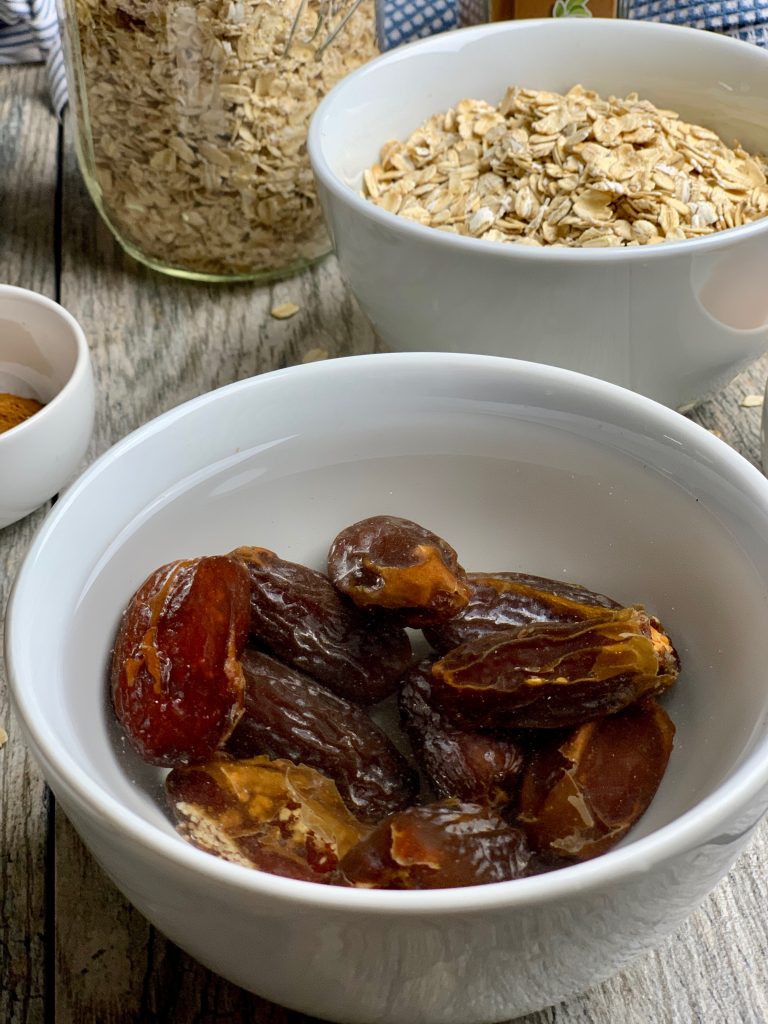 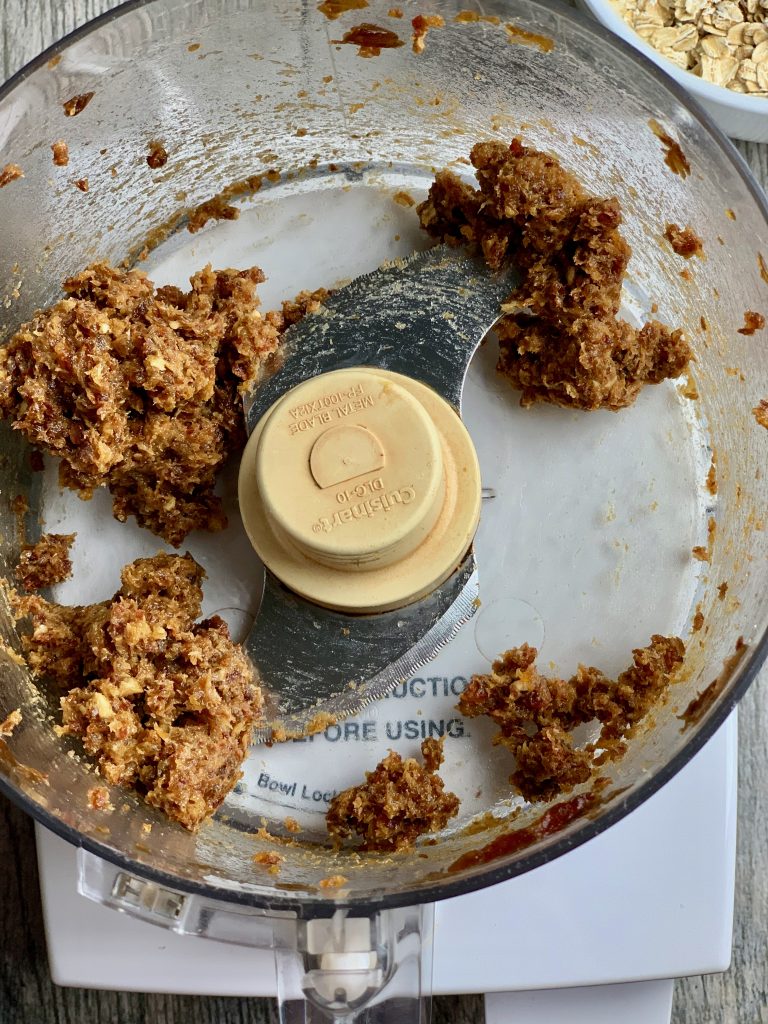 Next, you want to add the rest of the ingredients to the food processor and pulse for about 1 minute. The ingredients will start to form a dough ball. 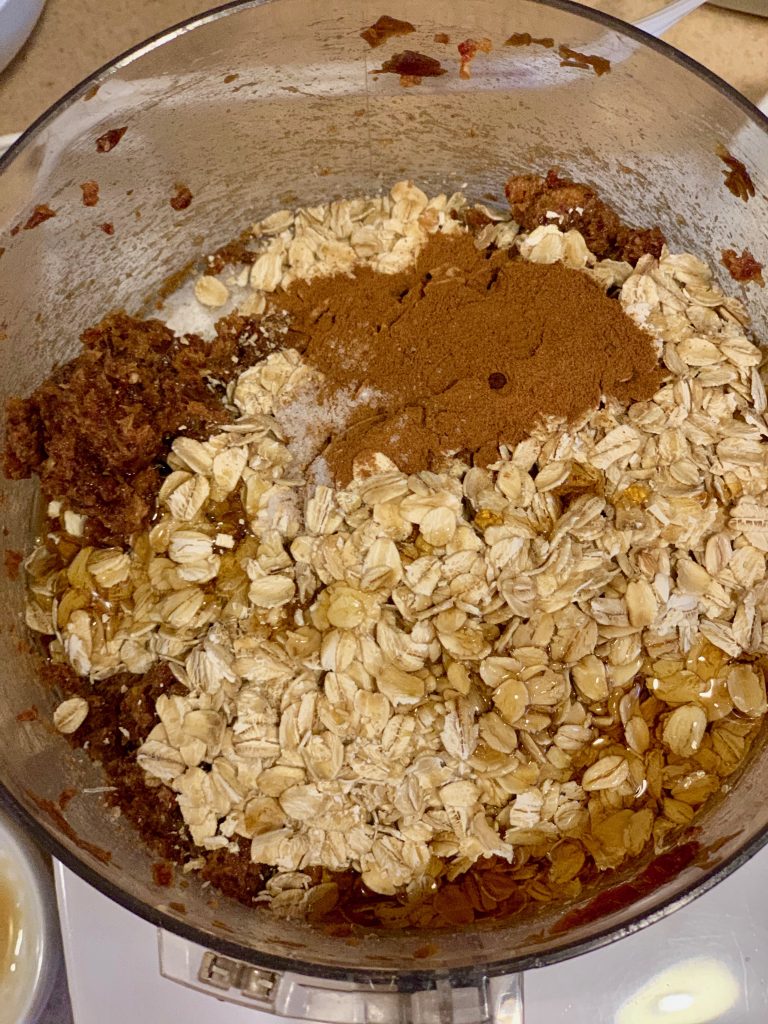 Remove the ingredients from the processor and start to create smaller cinnamon balls. 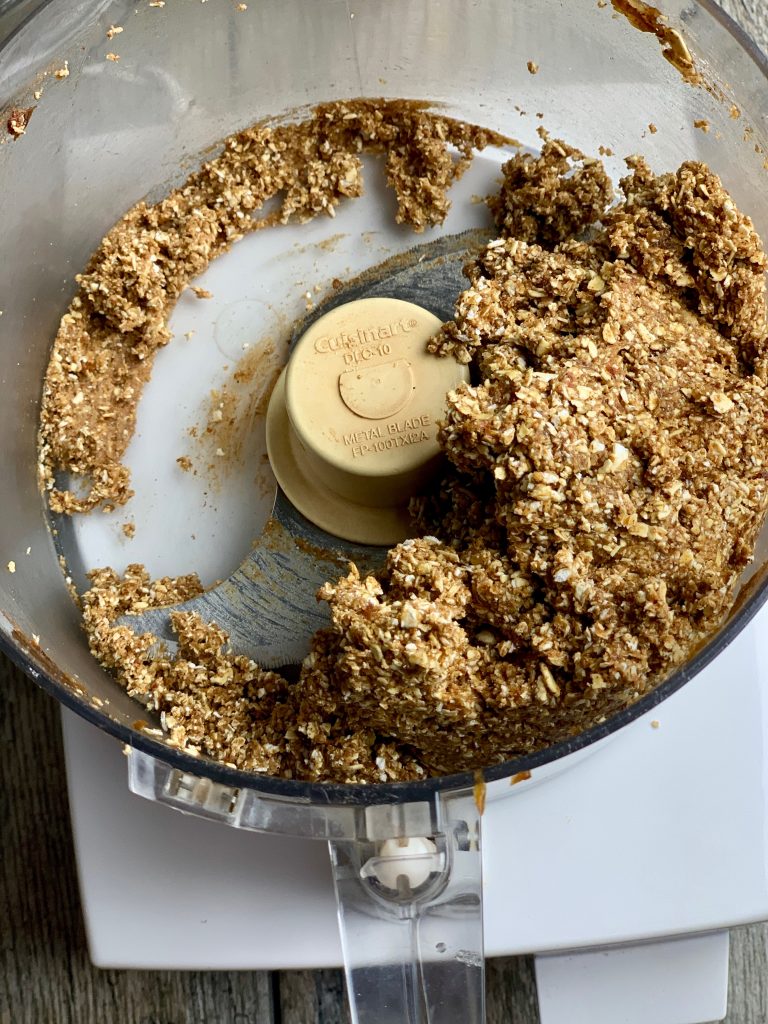 Take about 1-2 tablespoons of the dough and roll between your hand and start to form a little one inch ball. Add the cinnamon balls to a baking sheet lined with parchment paper. 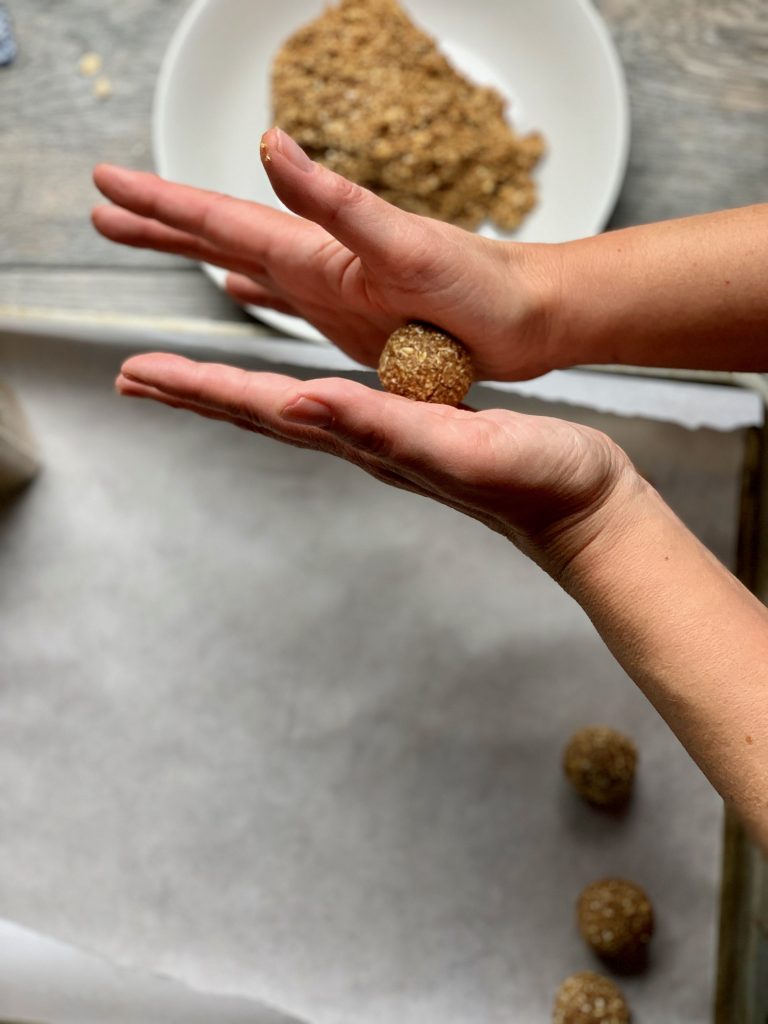 Place the baking sheet in the freezer for 15 minutes. 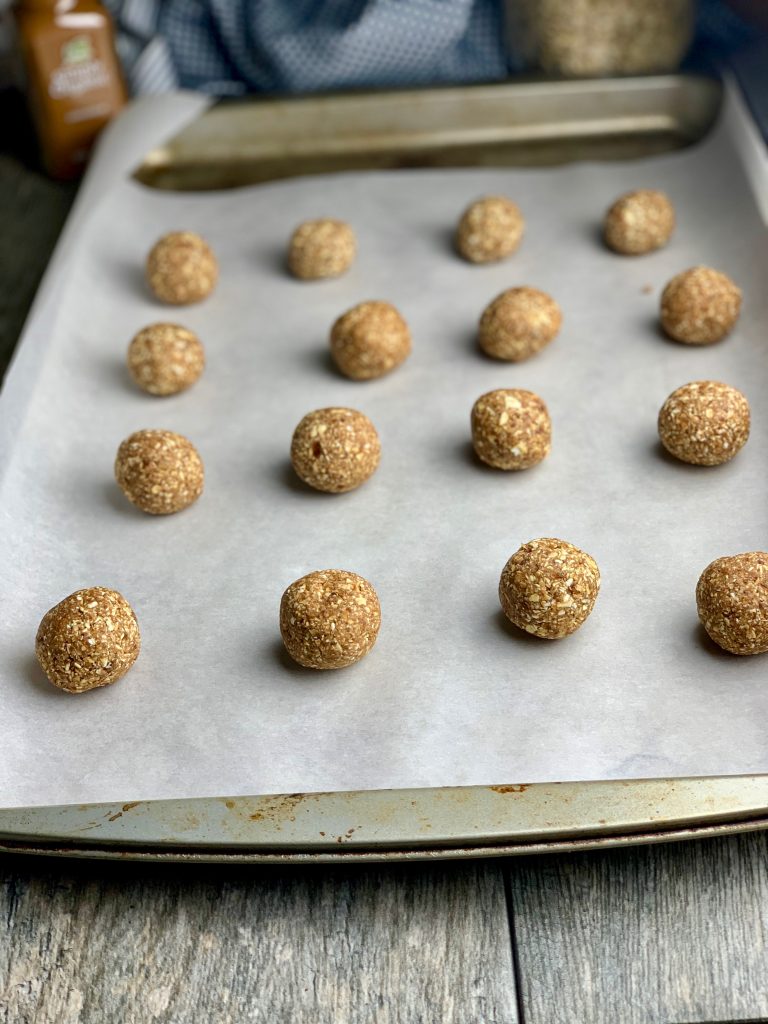 Ready to Eat! Store in the refrigerator for about 5-7 days. You can also keep them in the freezer to last longer. 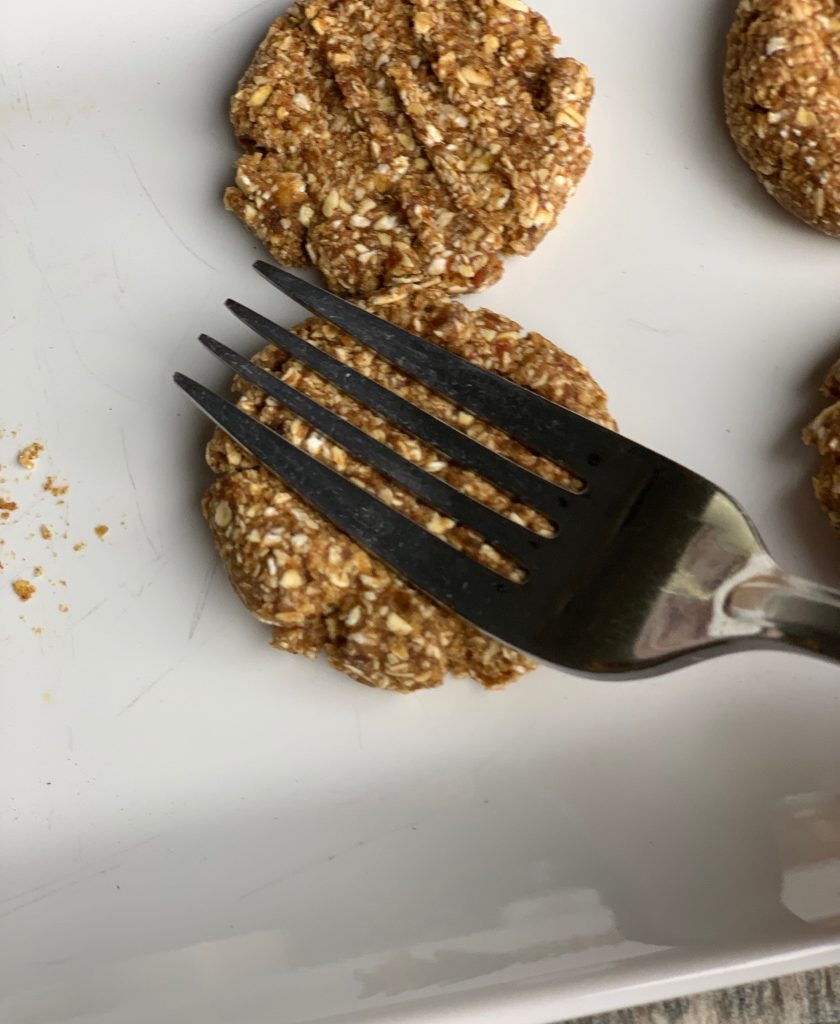 Simple, take a fork, flatten the ball, and you have a cookie. Add them to the baking sheet and freeze for about 15 minutes. Ready to serve! 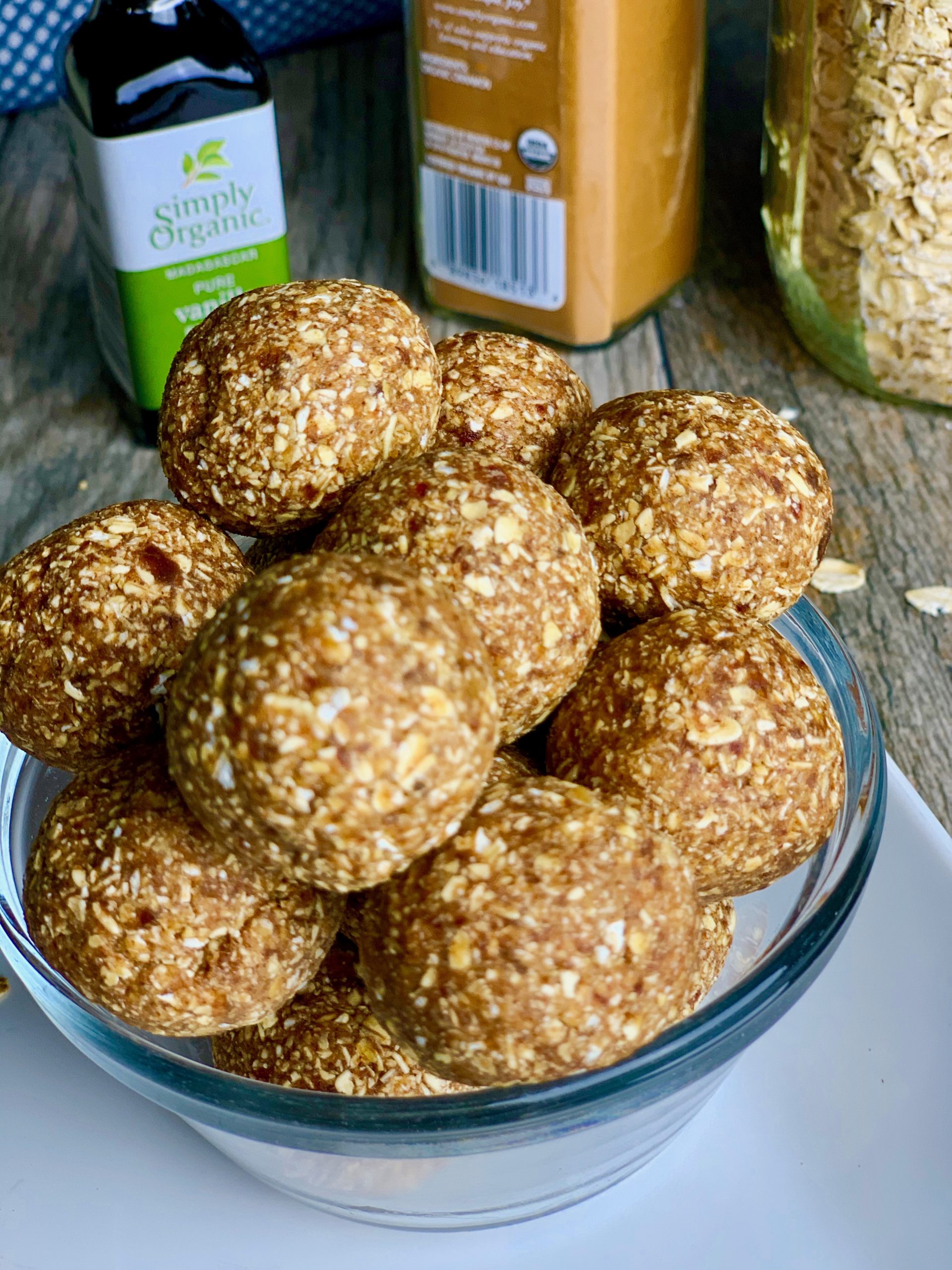 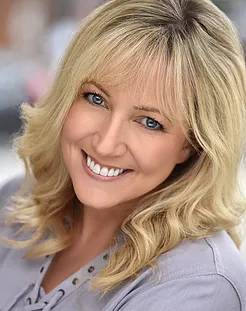 Your Go-To Source For Plant Based Cooking Ideas

At PlantBasedFoody.com, Certified Health Coach and Plant Based Cooking Teacher, Shelly Hughes, employs the philosophy that the meals we create for ourselves should be easy to make, taste delicious, and be great for our body without the feeling of being deprived.

Shelly is often asked… “How on earth did you get started with all this?” For as long as I can remember, living a healthy lifestyle has been a focus for me, and transforming myself from feeling sick & tired, to feeling energetic, strong, and amazing every day. PlantBasedFoody.com has added immense value to my life and my clients, and I love having the chance to share my passion, discoveries, and interests with my loyal readers. Explore my site & enjoy.